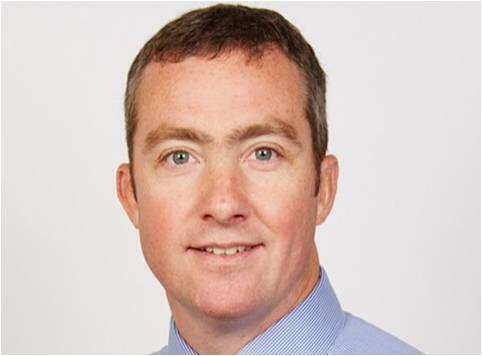 New research published in this month’s edition of United European Gastroenterology Journal suggests that supplementation with vitamin D may  impact on the intestinal barrier dysfunction associated with Crohn’s disease, and could have a role in the treatment of the condition.

Crohn’s disease (CD) is a lifelong chronic relapsing and remitting gastrointestinal condition, characterised by inflammation, which can involve any portion of the gastrointestinal tract. CD is associated with abdominal pain, diarrhoea, fatigue and in many cases can result in a reduction of quality of life, time off work, hospitalisations and surgery. The exact causes are unknown; however, immune, genetic and environmental factors are thought to be involved.

Incidence of CD varies across Europe, with up to 10 cases per 100,000 population per year. Generally, case rates are higher in northern and western Europe than southern and eastern Europe.

There is emerging data that Vitamin D supplementation may prolong remission in CD; however, the clinical efficacy and underlying mechanisms remain unclear. In this new research, the authors aimed to determine changes in gut barrier function (as determined by intestinal permeability and antimicrobial peptide concentrations) as well as disease markers in CD, in response to vitamin D supplementation.

In a double-blind randomised placebo-controlled study, the authors assigned 27 CD patients in remission to 2000 IU/day vitamin D supplementation or placebo for 3 months. They found, that patients treated with the supplementation were more likely to maintain their intestinal permeability, whereas this deteriorated in the placebo group. Increased intestinal permeability is considered a measure of gut leakiness, which is shown to predict and precede clinical relapse in CD. In addition, patients with the highest blood levels of vitamin D had signs of reduced inflammation (measured by C-reactive protein and antimicrobial peptides), and these patients also reported better quality of life.

The authors conclude: “This is the first reporting of effects of vitamin D supplementation on intestinal permeability and antimicrobial peptide measures in a CD cohort. Whilst the data requires further confirmation, it broadly supports evidence from previous experimental studies that suggest a role for vitamin D in maintaining intestinal barrier integrity.”  Whilst the data is promising, the authors highlight that in order to understand its translation into treatment for CD, further larger randomised controlled trials will be required.

UEG’s inflammatory bowel disease expert, Dr Charles Murray of the Royal Free Hospital, London, UK comments; “This is an exciting development in the treatment of Crohn’s disease and we welcome anything new that could potentially help patients with this debilitating condition”.

For further information on incidence of Crohn’s disease in Europe, see: https://ueg.eu/epaper/WhiteBook.Brochure/index.html#/6 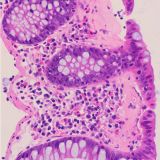 Mistakes in...
Mistakes in microscopic colitis and how to avoid them 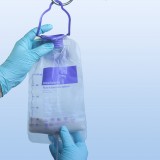