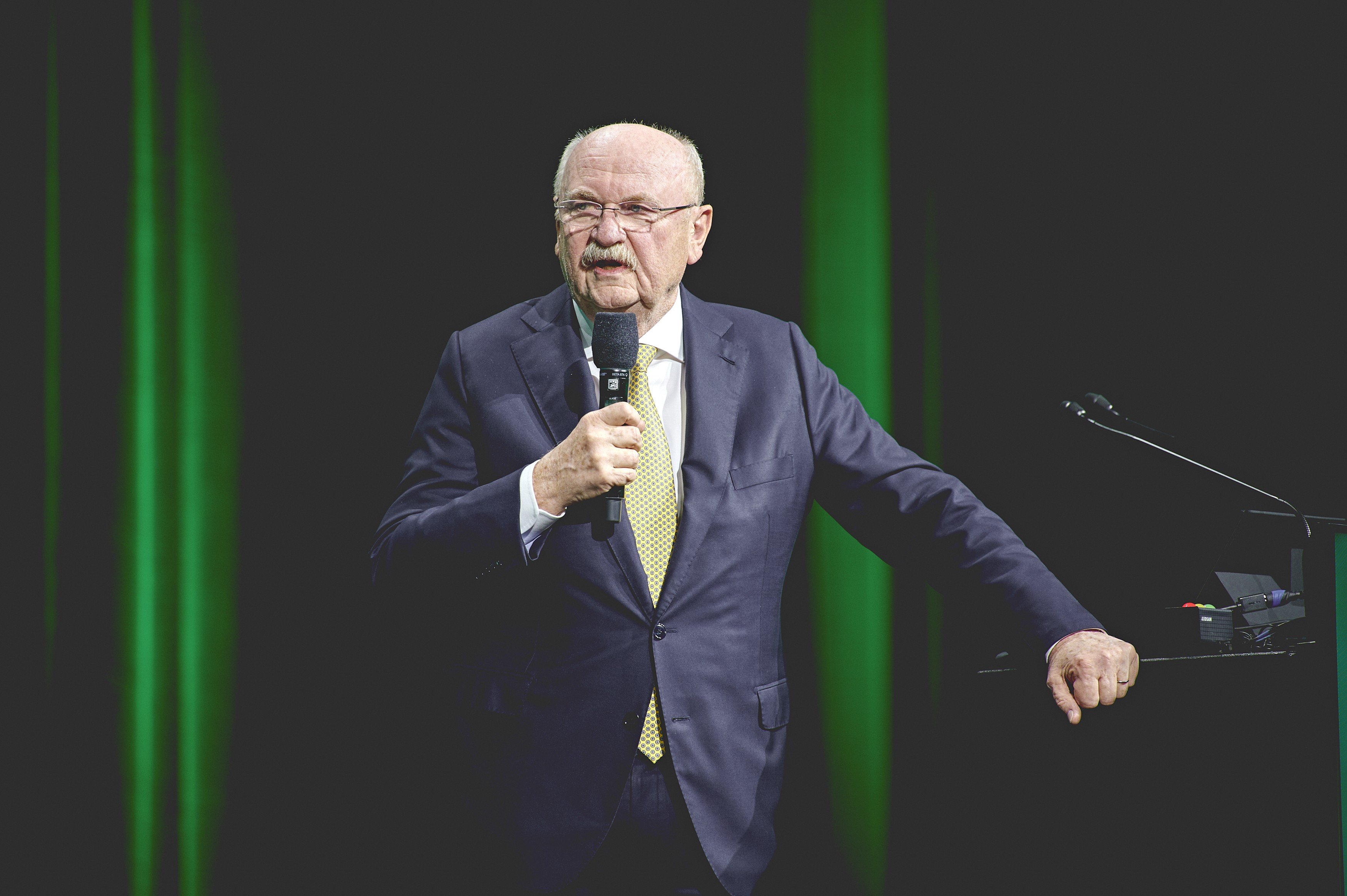 At UEG Week 2022, Professor Michael P. Manns received the Lifetime Achievement Award for his outstanding contributions to the field of digestive health and his major impact to the myUEG Community.

Professor Manns commented, “In the late 1970s it became clear that gastroenterology and hepatology was a growing field with multiple interesting subdisciplines and areas for translational research, including multiple high-tech imaging technologies. There were unmet needs and unsolved problems, with new technologies offering promising new solutions for viral hepatitis, peptic ulcer disease, organ transplantation and autoimmune disorders, to name just a few. My mentor, Karl-Hermann Meyer zum Büschenfelde, and his leadership was also influential in inspiring me to enter this exciting field.”

Professor Manns served as a Research Associate at the Scripps Clinic and Research Foundation in La Jolla, California, USA, (1987-1988), the Director of the Department of Gastroenterology, Hepatology and Endocrinology at Hannover Medical School, Germany, (1991-2020) and the Clinical Director of the Helmholtz Center for Infection Research in Braunschweig, Germany, (2015-2018). In helping to push boundaries in the digestive health arena, Professor Manns was a member of the Scientific Panel for Health (SPH) of the European Commission in Brussels between 2015 and 2020.

Professor Manns has a long-term research interest in liver diseases. Among his key focuses are viral hepatitis, autoimmune liver diseases, hepatocellular carcinoma, liver transplantation, regenerative medicine and cell therapy. After publishing more than 1,000 articles in international peer-reviewed journals, Professor Manns now ranks among the top 1% of most cited researchers since 2014. Throughout his distinguished career, Professor Manns has received numerous awards including the International Hans Popper Award in 1995 and the European Association for the Study of the Liver (EASL) Recognition Award in 2007.

He is the founder and chairman of HepNet, a national network of competence on viral hepatitis, and co-chairs the Lancet-EASL commission on liver diseases in Europe. His engagement with national and European societies spans from positions such as President of the German Society of Gastroenterology (DGVS), the German Association for the Study of the Liver (GASL), and the German Society of Internal Medicine (DGIM). Professor Manns has served as a member of the UEG Scientific Committee and was elected UEG President (2016-2017). It was in this role that Professor Manns enhanced UEG’s reputation as a leading voice in global gastroenterology and hepatology and, ultimately, the European umbrella organisation for digestive health.

“It has been a great pleasure to witness many major successes and progress in gastroenterology and hepatology. The discovery of the hepatitis C virus and the subsequent development of therapies leading to a 100% cure of the first chronic viral infection in humans is one standout highlight! Vaccines against hepatitis A, B – which became the first to prevent cancer – and E were other major advances, as was the discovery of helicobacter pylori, the cure of peptic ulcer disease and the shift of gastrointestinal endoscopy from a purely diagnostic procedure to an interventional therapy.”

Professor Manns currently serves as the President and Board Member for Research and Education of Hannover Medical School, Hannover, Germany.

“I feel very honoured to receive the UEG Lifetime Achievement Award”, commented Professor Manns. “Digestive health is a field that is growing, revealing numerous new opportunities and UEG offers an ideal umbrella for digestive health in Europe with all its national societies and interdisciplinary subspecialty organisations.”

“There are still many unanswered questions in digestive health. We now look to the next generation to further develop this exciting but complex discipline. With both public interest and an increasing political influence in Europe, digestive health is becoming even more important in the field of medicine. Particular attention must now be paid to digestive cancers, in particular to diagnose and treat early cancers, infectious diseases of the gastrointestinal tract and liver, chronic inflammatory diseases of unknown cause, and interventional endoscopy, all in close collaboration with visceral surgery.”

For further information, or to arrange an interview with Professor Manns, please contact Luke Paskins on +44 (0) 208 154 6393 or [email protected]

Founded in 1992 United European Gastroenterology (UEG) is the leading non-profit organisation for excellence in digestive health in Europe and beyond with its headquarters in Vienna. We improve the prevention and care of digestive diseases in Europe through providing top tier education, supporting research and advancing clinical standards. As Europe’s home for multidisciplinary gastroenterology, we unite over 50,000 engaged professionals from national and specialist societies, individual digestive health experts and related scientists from all fields. With our innovative online platform, the myUEG Community, we enable digestive health professionals from across the globe to connect and benefit from a plethora of outstanding free resources and educational activities. Our offers include UEG Week, our annual congress, online and face-to-face educational experiences, research support, a scientific journal and a range of opportunities in the form of fellowships and grants. We provide numerous guidelines, standards and quality improvement initiatives and campaign at the European level to ensure continued resources for research into digestive health while working closely with patient organisations. 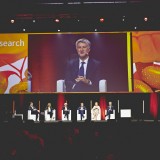 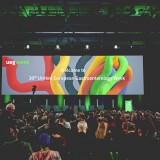 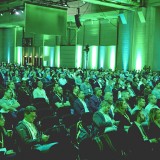