Coeliac disease diagnosis and how to avoid them 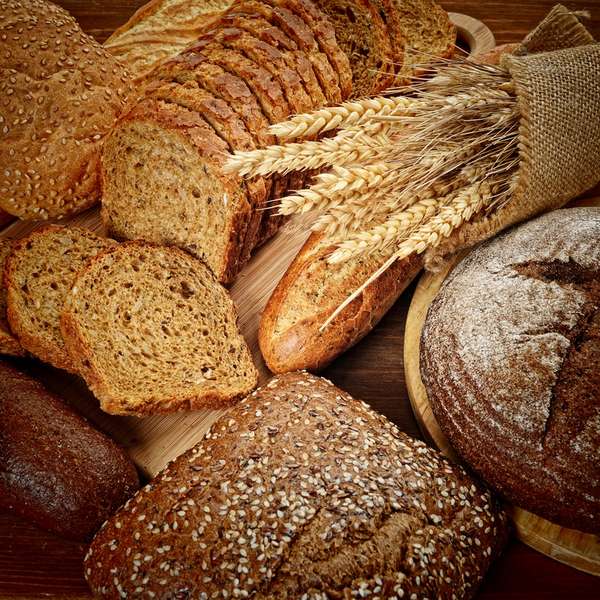 Coeliac disease is regarded as an autoimmune disorder triggered by gluten, which activates an immune reaction against the autoantigen tissue transglutaminase (transglutaminase 2; TG2) in genetically predisposed subjects. Genetic susceptibility to coeliac disease has been proven by its close linkage with major histocompatibility complex (MHC) class II human leukocyte antigen (HLA) DQ2 and DQ8 haplotypes. The identification of biomarkers for coeliac disease (e.g. endomysial antibodies [EmA] and antibodies to TG2 [anti-TG2]) has changed the epidemiology of coeliac disease from being a rare to a frequent condition, with an expected prevalence of 1% in the worldwide population.1 Nonetheless, the majority of patients who have coeliac disease remain undiagnosed, leaving the coeliac ‘iceberg’ mostly submerged. Coeliac disease can be difficult to diagnose because symptoms vary from patient to patient. Indeed, the heterogeneity among the clinical signs and the lack of specificity of many of the presenting symptoms means that the diagnosis of coeliac disease can be a challenge even for experts.

Despite substantial differences in the mode of presentation and the availability of new diagnostic tools, small intestinal biopsy, which shows different grades of mucosal damage, remains the gold standard for coeliac disease diagnosis. A delayed diagnosis of coeliac disease in the elderly can be considered a risk factor for complications including refractory coeliac disease, ulcerative jejunoileitis, collagenous sprue, small bowel carcinoma and enteropathy-associated T-cell lymphoma (EATL). Complicated coeliac disease is not so frequent, being found only in about 1–2% of the total number of coeliac disease patients, but for those who have it the prognosis is very poor, with a low rate of survival after 5 years.2

Here we discuss the major mistakes that are made when diagnosing coeliac disease and how to avoid them. The list of mistakes and the discussion that follows is evidence based and integrated with our clinical experience of more than 30 years in this field.

Cite this article as:
Volta U, Caio G and De Giorgio R. Mistakes in coeliac disease diagnosis and how to avoid them. UEG Education 2016; 16: 1–3.

In clinical practice, it is not uncommon to see patients referred for the evaluation of coeliac disease (based on clinical consideration) who have already initiated a gluten-free diet (GFD) of their own accord. Pursuing an evaluation in this setting is unfortunately a classic mistake and will lead to a false-negative result.

Evaluating patients for coeliac disease after a GFD has been initiated may lead to negative histopathological evaluation of duodenal biopsy samples. Similarly, serological tests can also be affected by a GFD, with the disappearance of anti-TG2 and EmA IgA, as well as deamidated gliadin peptide (DGP) IgG antibodies (a more recently introduced biomarker). In these cases it is mandatory to rechallenge patients with gluten under medical supervision for 2–8 weeks before taking mucosal biopsy samples and performing serology.3

A possible mistake that can be made in primary care is to diagnose coeliac disease based only on the positive symptomatic response of patients placed on a GFD. Clearly, such improvement is not an accepted criterion to prove that a patient is affected by coeliac disease and it must be stressed that general practitioners should not advise patients to start a GFD before testing them thoroughly (i.e. serological screening and histopathological evaluation). If a diagnosis of coeliac disease has been ruled out by appropriate investigation, the persistence of intestinal and extraintestinal symptoms induced by gluten ingestion might suggest non-coeliac gluten (or wheat) sensitivity, a condition that is gaining attention among clinicians.

Consensus conferences on coeliac disease have clearly established that the number of duodenal mucosa biopsy samples should be not less than four (although nowadays most experts recommend up to six): two from the second/third portion of the duodenum (often referred to as the distal duodenum) and two from the bulb.4 The reason for taking multiple biopsy samples at different sites is that 'patchy atrophy' can occur in some cases of coeliac disease. The lack of biopsy orientation can lead to false-positive results (i.e. villous atrophy incorrectly suggesting a diagnosis of coeliac disease). This is a critical issue that can be avoided by correct longitudinal orientation (along the length of the villi) of the biopsy samples using adequate devices (i.e. a cellulose acetate filter).4

An increased number of intra-epithelial lymphocytes (>25 IELs per 100 epithelial cells per high power field [hpf]) without villous atrophy (grade I lesion according to the Marsh–Oberhüber classification) is not, by itself, a histopathological correlate specific for coeliac disease. In fact, a variety of conditions, including infections (e.g. with Giardia lamblia, Helicobacter pylori or various viruses), autoimmune disorders (e.g. thyroiditis, type I diabetes mellitus and others), drugs (nonsteroidal anti-inflammatory drugs), food intolerance (e.g. lactose) and hypersensitivity (e.g. gluten sensitivity) can evoke a grade I lesion.5 Interestingly, certain immunological deficiencies may also cause nonspecific coeliac-like mucosal changes. Therefore, in order to avoid a wrong diagnosis of coeliac disease, cases characterized by an increase in IELs should undergo a serological coeliac disease screening (i.e. anti-TG2 and EmA IgA); if the results are positive, genetic tests should be performed to identify an underlying potential coeliac disease (which accounts for only 10% of patients with a grade I lesion).6 The identification of anti-TG2 IgA deposits in the duodenal mucosa lends support to potential coeliac disease in patients with an increase in IELs.7

Villous atrophy (either severe or partial; i.e. grade 3C or 3B) detected by histopathology in symptomatic patients with negative serology findings represents a challenge for clinicians. In such a situation genetic testing (i.e. for HLA-DQ2/DQ8) is mandatory: a positive result supports the diagnosis of coeliac disease, whereas a negative result argues against coeliac disease and should advise clinicians to consider other causes of villous atrophy (i.e. autoimmune enteropathy, common variable immune deficiency, Giardiasis, eosinophilic enteritis, drug-induced enteropathy [e.g. caused by olmesartan/valsartan or nonsteroidal anti-inflammatory drugs]).8,9 In the small number of coeliac disease patients who have villous atrophy, negative serological markers and positive genetic findings, the definitive diagnostic confirmation requires a new biopsy sample that shows normalization of the villous architecture following 12 months on a GFD.10

Diagnosing coeliac disease on the basis of HLA-DQ2 and/or HLA-DQ8 positivity alone is a mistake often made in daily clinical practice. Although HLA-DQ2 and HLA-DQ8 positivity is a prerequisite for coeliac disease development, it should be stressed that about 30–40% of healthy people in the general population test positive for these genetic markers. Therefore, isolated HLA positivity for either HLA-DQ2 or HLA-DQ8 does not support a diagnosis of coeliac disease. We reiterate the concept that a diagnosis of coeliac disease should be established only when there are positive findings for the two diagnostic mainstays (i.e. positive serology and mucosal changes visible by duodenal histopathology). By contrast, there is an extremely low probability that a patient who is negative for HLA-DQ2 and HLA-DQ8 will develop coeliac disease over time (negative predictive value ~100%).12

Consistent evidence indicates that IgA and IgG gliadin antibodies (AGA) have significantly lower specificity and sensitivity (and therefore low predictive value for coeliac disease) compared with EmA and anti-TG2 IgA and DGP IgG. Indeed, AGA positivity can be identified in a wide array of pathological conditions other than coeliac disease (e.g. liver disorders, autoimmune diseases and irritable bowel syndrome) and even in 2–12% of healthy subjects.15,16 As a result, IgA and IgG AGA are no longer used in clinical practice. In those rare patients who are positive for AGA IgA and IgG, the most advanced serological markers should be assessed.

Nonresponsive coeliac disease (7–30% of all coeliac disease cases) is mainly characterized by functional gastrointestinal symptoms frequently due to the coexistence of other disorders such as irritable bowel syndrome, gastro-oesophageal reflux disease, small-intestinal bacterial overgrowth and primary lactose intolerance, which must be distinguished from secondary lactose intolerance due to mucosal damage in patients with untreated coeliac disease.18 Furthermore, in a number of cases the persistence of symptoms is due to intentional or unintentional (i.e. contamination) gluten exposure or the initial wrong diagnosis of coeliac disease when there are other nongluten-related causes of villous atrophy.

Umberto Volta, MD, is professor of Medicine at University of Bologna, Italy. He is an international expert on gluten-related disorders, food intolerance and functional bowel diseases. To date he has published over 200 peer-reviewed articles.

Giacomo Caio, MD, is a senior fellow at University of Bologna, Italy, currently completing a PhD program and his postgraduate training in Internal Medicine. To date he has published over 30 peer-reviewed articles in the field of gluten-related disorders and functional bowel diseases.

Roberto De Giorgio, MD, PhD, AGAF, is professor of Medicine at University of Bologna, Italy. He is a neurogastroenterology expert with an interest in gluten-related disorders and food intolerance. To date he has published over 200 peer-reviewed articles.