Irritable bowel syndrome and how to avoid them 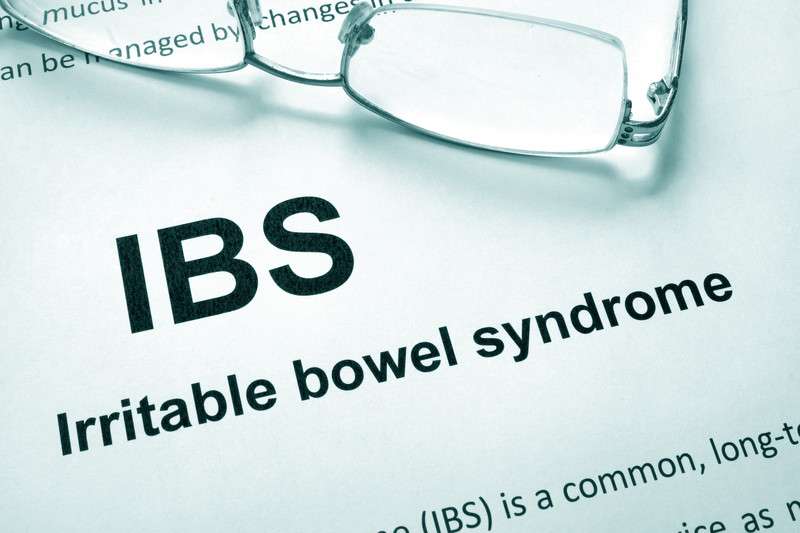 Around 11% of the worldwide population experience irritable bowel syndrome (IBS), making it one of the most frequent gastroenterological diagnoses.1 The symptoms of IBS include abdominal pain associated with unpredictable bowel habits and variable changes in the form and frequency of stool.2

While all patients with IBS suffer from recurrent bouts of abdominal pain, their bowel habits are varied: around one-third suffer predominantly with diarrhoea (IBS-D), one-fifth experience predominantly constipation (IBS-C) and half have an erratic mixed pattern of both diarrhoea and constipation (IBS-M).3 This very heterogeneous condition undoubtedly has multiple causes and an individualized approach to management and treatment is required.

Here I discuss the mistakes most frequently made when diagnosing and managing IBS. The mistakes and discussion that follow are based, where possible, on published data and failing that on many years of my own clinical experience.

If excessive amounts of bile acids enter the colon, colonic secretion is stimulated and the amount of water incorporated in the stool increased, which causes frequent loose stools associated with a sensation of urgency, often accompanied by nocturnal diarrhoea. According to the findings of a meta-analysis, 10% of patients with IBS-D-like symptoms may have severe bile acid malabsorption, retaining <5% of bile acids at 7 days.4 A UK survey indicates that almost one in four IBS patients who are referred to secondary care with diarrhoea have bile acid diarrhoea.5

The most sensitive and specific test for bile acid malabsorption remains the 7-day retention of Selenium-75-labelled homocholic acid taurine (75SeHCAT). If retention at 7 days is <5%, the test predicts a 100% response to colestyramine, while 5–10% retention predicts a response of around 37%.6 Since the 75SeHCAT test is not available worldwide alternative blood tests have been suggested, as has the simpler therapeutic trial of colestyramine; however, such trials are less reliable as they are influenced by many other uncontrolled factors like diet and emotion. Alternative assessments include measuring serum levels of 7-alpha-hydroxy-4-cholesten-3-one (C4), which is a key intermediary in bile acid synthesis from cholesterol, faecal bile acids and serum FGF19, which is a signalling molecule that normally provides negative feedback to inhibit bile acid synthesis; however, these tests are only available in a few laboratories, though this may change in the future.7,8

Multiple medically unexplained symptoms are a common feature in patients who have IBS. This feature can easily be assessed using the Patient Health Questionnaire-12 somatic symptom (PHQ-12SS) scale, which asks about non-gastrointestinal symptoms such as bodily pains and symptoms. Less than 5% of healthy controls score more than 6 on the PHQ-12SS scale, while 67% of IBS patients do.9 High scores predict more visits to the primary care physician and are clinically useful. Low scores suggest that an alternative diagnosis needs to be excluded. Ignoring this feature results in multiple referrals to non-gastrointestinal specialists and is a very likely cause of the excess of hysterectomies and cholecystectomies seen in IBS patients.10,11

Meeting IBS criteria in the absence of any alarm features is associated with a very high probability that investigations will yield normal results,12 so it is important to make this clear to the patient at the onset. In this setting, when test results turn out to be normal the soundness of the diagnosis will be apparent to the patient. By contrast, if no prior diagnosis has been made then a negative test may simply lead to the demand for more tests, an all too common feature of many IBS patients’ medical ‘careers’.

Mistake 4
Failing to recognize the key features of bloating, leading to multiple negative investigations including CT and ultrasound

Bloating is a condition that is mysterious to many patients and physicians, and often leads to unnecessary investigations and considerable irradiation. Two types of bloating need to be recognized. The first involves a sensation of distension without any obvious change in girth and is thought to reflect increased visceral sensitivity.13 The second is characterized by visible distension that requires loosening of clothes and an increase in abdominal girth, something that usually worsens during the day and remits overnight.14 Until recently it was unclear how even a mouthful of food could induce a sudden distension of the abdomen. We now recognize, however, that this very characteristic and diagnostically helpful feature is due to a combination of relaxation of the abdominal wall and lowering of the diaphragm.15 This neural response can occur within seconds. Bloating thus does not involve any acute change in abdominal contents. As an increasing amount of abdominal fat is a frequent cause of a slow, progressive increase in abdominal distension, recent weight gain should be specifically enquired for in such patients. Ovarian cancer can also present with progressive distension but in this case the day-to-day variability characteristic of IBS is lacking.

Although the pain in patients with IBS is often described as extremely severe and opiates are undoubtedly effective, most clinicians strongly advise against their use because receptor desensitization occurs rapidly leading to rapid dose escalation. High doses of opiates are associated with troublesome side effects, including nausea and vomiting, as well as profound constipation and drug dependence.16 While IBS symptoms are usually intermittent, opiate use is constant. In a subgroup of susceptible patients who often have psychological comorbidities, opiate use may result in ‘narcotic bowel syndrome’, in which the opiates appear to actually aggravate the pain. Opiate withdrawal is difficult owing to psychological dependence, but can result in marked remission of pain.17

All new cases meeting the Rome III criteria for IBS-D should have, as a minimum, a full blood count, serological test for coeliac disease and a faecal calprotectin measurement to exclude inflammatory bowel disease (IBD). An ileocolonoscopy should be performed for those with abnormal results or for other reasons, such as a family history of IBD or weight loss. If symptoms are chronic and unchanged since a previous normal colonoscopy this need not be repeated unless there is evidence of systemic inflammation (raised CRP levels or platelet count) or elevated faecal calprotectin.
Referred patients probably have a greater risk of having Crohn’s disease. Indeed, a large study in Canada suggested that 8.6% of patients referred to secondary care who met the Rome III criteria turned out to have Crohn’s disease.18 Community studies indicate that patients who have colonic Crohn’s disease can have symptoms for many years prior to diagnosis19 and are often labelled as having IBS since they lack the key alarm features of rectal bleeding and weight loss. Faecal calprotectin has high sensitivity and specificity for IBD,20 as may a full blood count showing an elevated platelet count or microcytosis.21

The pain in patients with IBS is poorly localized, but may in some cases be right upper quadrant pain, which can lead to confusion with biliary pain. Relief on defaecation may help distinguish the two. The pattern of pain is also helpful: biliary pain is typically very episodic with weeks of freedom, whereas IBS pain is associated with only a few days free from pain before the next flare occurs. Postcholecystectomy pain may reflect the presence of pre-existing, unrecognized IBS.

As previously mentioned, IBS patients have an increased risk of undergoing gynaecological procedures, which is most likely due to the attribution of IBS symptoms to gynaecological disease. Paying careful attention to the Rome criteria, especially relief on defaecation or association of pain with changes in bowel habit, should help distinguish IBS from other causes of lower abdominal pain. Likewise, multiple somatic complaints should also point towards a diagnosis of IBS 22 rather than a specific gynaecological cause. Once surgery has been performed there is a very real risk of developing adhesions, further confusing the diagnosis and hindering management.

Taking a careful dietary history is important before any dietary recommendations are made. Many patients already restrict their consumption of dairy products and there is little point in doing a lactose tolerance test on someone who consume <240ml of milk or its equivalent per day. A randomized blinded trial showed that this amount of milk could not be distinguished from a lactose-free placebo, even in those with true lactose malabsorption.23 More recent studies demonstrate that symptoms developing after lactose challenge are dose dependent: only 3% of those with genetically determined lactose malabsorption  developed symptoms with a 10 g lactose challenge, rising to 21.7% of patients challenged with 20 g lactose and 73.3% of patients challenged with 40 g lactose.24 IBS patients, however, show more symptoms after each dose regardless of its size, indicating a degree of visceral hypersensitivity. It is also worth noting the strong nocebo 25 effect of challenging IBS patients with foods they believe they are intolerant of. Thus, until underlying beliefs have been changed, little progress can be expected.

Mistake 10
Encouraging food exclusion without reinforcing the need to reintroduce foods to confirm apparent intolerance, leading to ever more restricted diets and malnutrition

Some patients develop an eating disorder and lose weight because they exclude more and more foods as they try to link flares of IBS symptoms with particular foods. It is vital to explain to patients that flares should only be attributed to foods if the response can be reproduced on more than one occasion. It is also important to test these foods again after an interval—in many cases double blind challenge later shows these foods do not cause symptoms and that the flare was due to other uncontrolled factors. As previously mentioned, a strong nocebo effect 25 can lead to these beliefs being self-perpetuating, so supervision of such exclusion diets by a dietician is helpful to avoid patients developing a nutritionally inadequate diet.

Robin Spiller is a Professor of Gastroenterology and ex-Director of the Nottingham Digestive Diseases Biomedical Research Unit, University of Nottingham, Queens Medical Centre, Nottingham, United Kingdom.  He was Editor of Gut (2003–2009) and member of the Board of the Rome Foundation (2000–2015), and twice edited the British Society of Gastroenterology (BSG) Guidelines for the management of IBS. His main research interest is the pathophysiology of irritable bowel syndrome (IBS), particularly the role of infection, inflammation, diet and alterations in the microbiome. He has a longstanding collaboration with physicists at the Sir Peter Mansfield MRI Centre and together they have pioneered the use of MRI to image the underlying mechanisms in functional bowel diseases.