Enteral stenting and how to avoid them 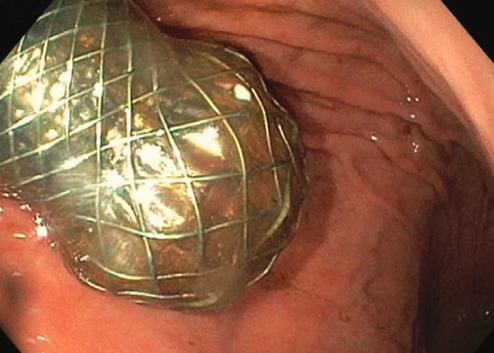 Palliation of dysphagia caused by a malignant tumour is the most common indication for stent placement in the oesophagus. However, benign oesophageal strictures are occasionally also treated by stenting because circular ulceration can result in the formation of additional oesophageal strictures and dysphagia.2 Other oesophageal indications include perforations, fistulas, and anastomotic leaks or strictures that can arise after oesophagectomy or bariatric surgery.3 Stent placement in the distal stomach or duodenum is frequently performed for palliation of malignant gastric outlet obstruction. In Western countries, gastric outlet obstruction is most frequently caused by pancreatic cancer, whereas in Asia it occurs more often in patients who have gastric cancer.4–6 Regarding colonic stent placement, it is important to realize that 8–13% of colorectal cancer patients present with acute intestinal obstruction, which in the past was always treated with emergency surgery.7 As multiple studies demonstrated high mortality and morbidity rates after such emergency surgery, colonic stent placement was introduced as a bridge to elective tumour resection.8–11 Finally, for nonoperable patients who have an ileus caused by colonic cancer, stents are also used for palliation.

Although similar-looking stents are used in the oesophagus, distal stomach/duodenum and colon, it should be emphasized that the diseases occurring in these locations are different entities and should be treated in different ways. Here, we discuss frequent mistakes that can be made during gastrointestinal stent placement, based on the literature and the authors’ clinical experience.

Figure 2 | Duodenal stent placement. a and b | Placement of a stent in the duodenum of a patient with gastric outlet obstruction caused by an irresectable pancreatic cancer. Images courtesy of Amsterdam UMC, University of Amsterdam.

Figure 3 | Colonic stent placement. a and b | Placement of a stent in the colon of a patient with an obstructing colonic cancer. Images courtesy of Amsterdam UMC, University of Amsterdam.

Cite this article as:
Veld JV, Fockens P and van Hooft JE. Mistakes in enteral stenting and how to avoid them. UEG Education 2019; 19: 5–8.

Good quality interventions always start with proper preparation. For stent placement this means it is essential to inspect recently obtained radiologic images prior to starting the procedure. Specifically, factors such as the location and length of the region to be stented and its relationship to the surrounding structures are important. A well prepared endoscopist will use this information to ensure they select the optimal stent for a specific patient (i.e. of correct length, diameter, radial force and covering).

The ESGE guideline for colonic stent placement recommends the stent be long enough to extend beyond either side of the lesion by at least 2 cm after its deployment.8 Therefore, proper knowledge of the location and length of the stenosis should preferably be obtained beforehand by studying the CT scan.

Mistake 2
Stent placement in the absence of a histopathological diagnosis

In most cases, histopathological confirmation of malignancy is needed before stent placement. Benign lesions in the colon are most frequently caused by diverticular disease, which can occasionally look very similar to colon cancer. As stent placement for diverticulitis is contraindicated and associated with an increased risk of perforation, it is preferable to have histopathological evidence of malignancy.8 In patients who have acute colonic obstruction and need to undergo decompression by colonic stenting, biopsy samples should always be taken during the procedure. If pathology findings subsequently reveal a benign cause for the obstruction, surgical resection of the obstruction and the stent is indicated at short notice.

Malignant gastric outlet obstruction is caused by pancreatic cancer in 51–73% of patients.12–14 It is also known that 20% of patients who have gastric, duodenal or periampullary malignancies, including pancreatic head carcinoma, will eventually develop gastric outlet obstruction.15 The 2017 ESGE guideline on endoscopic biliary stenting suggests endoscopic insertion of a biliary self-expandable metal stent (SEMS) and uncovered duodenal SEMS in patients who have malignant biliary and duodenal obstruction.16 It is, therefore, important to check for cholestasis before placing a duodenal stent. In case of biliary obstruction, the order of placement of both stents should be considered carefully. If the duodenal SEMS is placed first, there is a considerable chance of not being able to reach the ampulla of Vater, plus a risk of duodenal SEMS luxation. For this reason, we usually place a biliary SEMS before inserting a duodenal stent.

Failing to decompress the stomach before stent placement in a patient who has an ileus or gastric outlet obstruction increases the risk of aspiration. Asking a patient to simply fast for 6 hours prior to the procedure must be considered inappropriate. It is important to put patients on a (clear) liquid diet 24 hours before the procedure and there should be a low threshold for placement of a nasogastric suction tube 2–6 hours before the procedure. In case of prolonged obstruction, dilation and atony of the stomach is quite common. This may increase the difficulty of the procedure due to buckling of the endoscope and/or stent delivery system in the greater curvature of the stomach.17

Many different stents are available for placement in the oesophagus, duodenum and colon. Oesophageal SEMS, for example, vary in length from 6 cm to 19.5 cm and in shaft diameter from 10 mm to 23 mm, whereas the length of colonic stents varies from 6 cm to 12 cm and the diameter from 22 mm to 25 mm.18,19 Fully covered, partially covered and uncovered stents are also available.

In addition to the differences in the stents themselves, in terms of the length, diameter and degree of coverage, the type of release system also differs. Some stents are deployed by pulling the covering sheet (‘pull’ system), whereas others have a proximal release mechanism by which the stent is released by pushing the shaft (‘push’ system). Furthermore, the radiologic markers present on different stents vary and the details should be checked before the start of the procedure. Some stents may also foreshorten on deployment by more than 30%, whereas others do not foreshorten.

For proper stent placement, therefore, it is essential that the team be familiarised with the particular stent to be used and its delivery system prior to starting the procedure.

A soft guidewire has the advantage of being able to traverse strictures more easily, but it may be insufficiently rigid to guide a stent-delivery system towards its desired location, particularly in a tortuous colon or in a distended stomach. As such, use of a long stiff guidewire—thereby providing more stability—should always be considered. Furthermore, it is important to realize that even a guidewire 5 m in length may be too short to control the wire position when a colonoscope is used. For optimal control of wire position when placing a colonic stent, using a long guidewire (>400 cm) combined with a therapeutic gastroscope or sigmoidoscope is preferred.

During their deployment, stents tend to move away from the centre of a tumour, especially in case of a narrow stricture. This movement occurs because the radial force of the opening stent pulls it towards the location where the release starts . Not being aware of this, sometimes strong, force may result in inaccurate positioning of the stent, distal or proximal to the actual stricture. Therefore, it is essential for the endoscopist to be aware of this phenomenon and apply a counterforce while deploying the stent to keep it in its desired position. It is also important to leave the guidewire in place until proper positioning of the stent has been confirmed. In case of inaccurate stent positioning, a second stent can be placed over the same guidewire.

Full stent deployment takes time, usually about 48 h. Patients should, therefore, be given clear instructions to stay on a liquid or soft diet in the first 48–72 h after stent placement, before gradually increasing the amount of solids in their diet. It is also important to realize that stents do not always reach full deployment, for example if a tumour is bulky or strictures are tight. For several minutes after a stent is placed to relieve a very tight stricture, the lumen may initially be too small to even remove the stent delivery system. Pulling the delivery system out in this situation may lead to stent dislodgement; however, the stented stricture should not be dilated as this a known risk for perforation.8

Potential complications that are generally discussed as part of the informed consent process for the stenting procedure are perforation, bleeding, stent migration and reobstruction. In addition, patients are informed about sedation-related complications such as the risk of aspiration.

Severe postprocedural pain is an important complication that can occur after stent placement, especially in the oesophagus. Physicians should inform their patients about this complication, as well as the fact that postprocedural pain is usually self-limiting. Patients should also be clearly told that oesophageal stent placement does not always lead to complete resolution of dysphagia. Dietary adjustments will be necessary, starting with intake of liquids only and gradually proceeding to soft, pureed food. Patients are stimulated to individually explore the possibility of returning to a solid diet. It is also important to underline the need for fluid sips before and after each meal to reduce the risk of food impaction.24,25 Similarly, patients will have to adjust their eating habits after duodenal stent placement. Furthermore, patients who have upper gastrointestinal tract stents should be advised to sit upright for at least 30 minutes following a meal. Finally, patients should be told that a high-fibre diet with or without the use of laxatives may help prevent faecal impaction after colonic stenting.26

In conclusion, patients should be informed about these potential complaints and about having the opportunity to contact the treating physician, with the possibility of replacing the initial stent if indicated.

Joyce Veld is a PhD student in the Department of Gastroenterology and Hepatology and the Department of Surgery, Amsterdam UMC, University of Amsterdam, Amsterdam, The Netherlands. Her research interests regard the treatment of obstructive colon cancer with colonic stent placement, decompressing stoma construction or emergency resection.

Paul Fockens is a Gastroenterologist and Head of the Department of Gastroenterology & Hepatology, Amsterdam UMC, University of Amsterdam, Amsterdam, The Netherlands. His clinical and research interest regard interventional endoscopy as well as oncology.

Jeanin van Hooft is a Gastroenterologist in the Department of Gastroenterology and Hepatology, Amsterdam UMC, University of Amsterdam, Amsterdam, The Netherlands. Her clinical and research interests regard interventional endoscopy and oncology, with a special interest in gastrointestinal obstruction and hepatobiliary pathology.